A Virtual Conversation on Racial Injustice with Chief Justice Richard A. Robinson and Justice Maria Araujo Kahn, took place on July 15, 2020 at 5:00pm.

A recording of the event and resources discussed during the event are below.

Book -  The Color of Law: A Forgotten History of How Our Government Segregated America, Richard Rothstein, Liveright (2017) 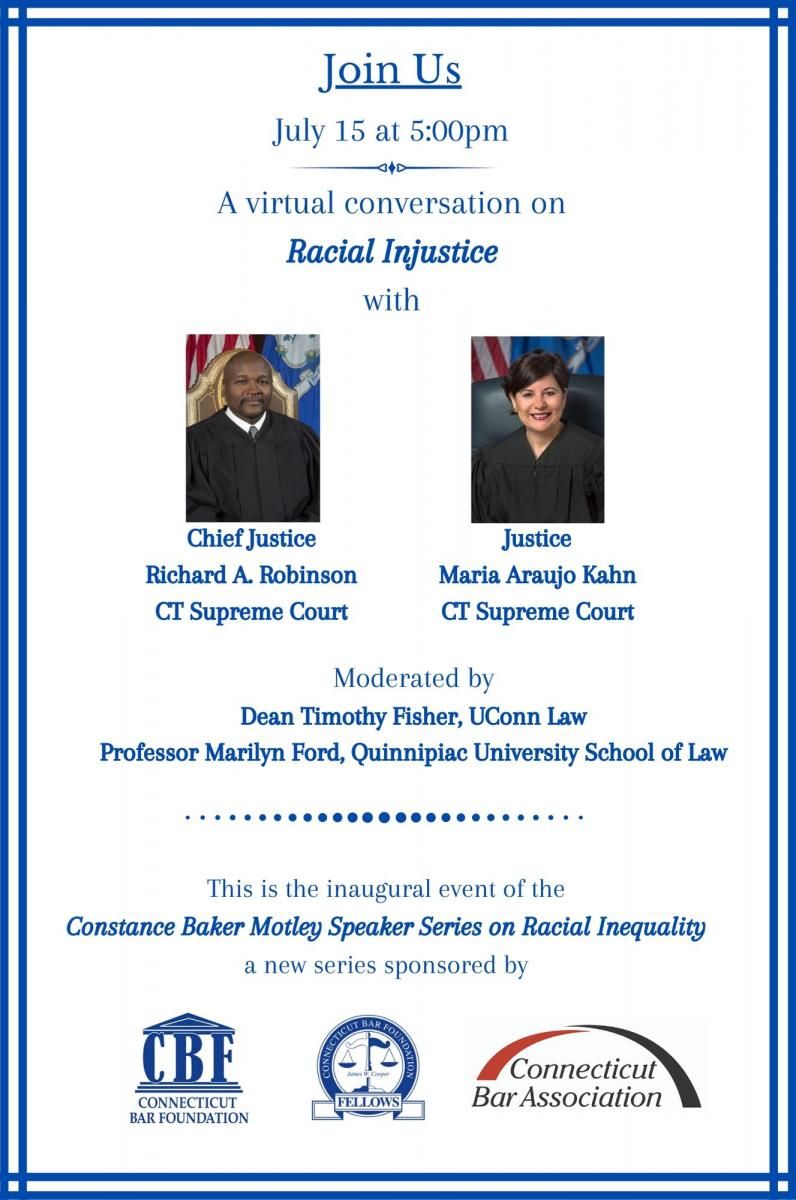