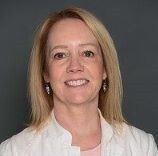 Nicole Fournier Gelston serves as General Counsel to the University of Connecticut.  As UConn’s chief legal officer, she oversees the University’s legal affairs and manages the Office of the General Counsel (OGC). The OGC provides legal representation and guidance on the wide range of legal issues affecting institutions of higher education.

In addition to her duties as General Counsel, Nicole also served as Chief of Staff to the President from 2020 to 2022.  In that role, Nicole served as the “right hand” to three presidents, providing critical assistance in support of organizational and operational strategies and priorities of the serving president, as well as strategic use of limited time for decision-making,

Before joining the University, Nicole was a partner in the New Haven law firm of Lynch, Traub, Keefe & Errante, where she practiced for fourteen years. Nicole handled complex civil and criminal matters and represented municipalities, individuals and businesses in state and federal court. Nicole also briefed and argued civil and criminal appeals before the Connecticut Appellate and Supreme Courts and the U.S. Second Circuit Court of Appeals.