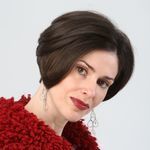 Fraidy was 19 when her family arranged for her to marry a man who turned out to be violent. But with no education or job, in an insular religious community where only men have the right to grant a divorce, she felt trapped.

Still trapped at age 27, Fraidy defied her husband and community to become the first person in her family to go to college. She graduated from Rutgers University at age 32 as valedictorian (called “commencement speaker” at Rutgers).

Her family declared her dead, but Fraidy persevered: With her journalism degree, she was hired as a reporter for the Asbury Park Press in New Jersey, eventually getting promoted to the paper’s elite investigative-reporting team. She went on to a career as an investigator at Kroll, the world’s largest investigations firm. At the same time, Fraidy managed to get divorced, win full custody of her two daughters and get a final restraining order against her ex-husband.

But Fraidy knows that most women and girls who want to flee or resist an arranged/forced marriage are limited by finances, religious law and social customs. For them, Fraidy founded and now leads Unchained At Last.

Fraidy is recognized internationally as an expert on forced and child marriage in the U.S. Her writing on the subject has been published in the New York Times, Washington Post and countless other publications in the U.S. and beyond, and she has been interviewed and featured by those outlets as well as Financial Times, BBC, PBS, NPR, CBS and others. Legislation she helped to write to end or reduce child marriage has been introduced and, in some cases, already passed in multiple U.S. states.