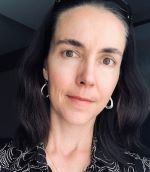 Agatha Schmaedick Tan joined the University of Maryland SAFE Center for Human Trafficking Survivors in November 2020 as their Labor Rights and Policy Attorney, with the goal of assisting the Center in expanding and deepening its work on labor trafficking. Agatha is a labor and human rights advocate with over fifteen years of experience both in the U.S. and internationally. Agatha lived and worked in Indonesia for seven years, where she served as a factory auditor for the Worker Rights Consortium, a U.S. nonprofit that monitors and inspects factories making U.S. collegiate apparel for their compliance with applicable local and international labor laws.  Prior to joining the SAFE Center, Agatha was a staff attorney at the Asian Pacific American Legal Resource Center (APALRC), where she represented numerous low-income immigrant workers in matters of employment and immigration law, including representing survivors of human trafficking. For four years, Agatha served as the Associate General Counsel of the Coalition of Immokalee Workers (CIW), a human rights, farmworker-based organization in Immokalee, Florida globally-renowned for having pioneered the “worker-driven social responsibility” (WSR) approach to combating modern day slavery in corporate supply chains. Agatha has also served as the Senior Advisor on Labor Trafficking at Polaris, the Washington, D.C. based nonprofit that operates the U.S. National Human Trafficking Hotline. Agatha earned her J.D. from Georgetown, where she attended as a Public Interest Law Scholar and was awarded the ABA Award for Excellence in Labor and Employment Law.